Australia Set to Become an ESports Powerhouse in 2017!

Australia Set to Become an ESports Powerhouse in 2017!

ESports – they’re just plain old computer games for some. But their evolution into a multi-million dollar industry is fueling a new league of gamers, commentators, brands and media groups in Australia.

Globally, the industry is said to be worth around $892 million and growing, with Aussie players on the cusp of what they’re calling an “eSports revolution” in the next decade. We take a look at the evolution of the Australian gaming community and chat about where we’re headed in the next year.

From grassroots gaming to a national phenomenon
What once was a small university movement has seen an explosion of support and interest in the last 5-10 years, as gaming has become a mainstream activity. Australian Cyber League Director, Nick Vanzetti, put it perfectly last year when he said: “The model in the past has been very much about grassroots gaming and events in universities … We can sort of ‘level-up’ now and put on some bigger events and gain access to larger sponsorships that make these events feasible” (iQ Intel).

The Australian gaming industry has grown rapidly in the past 5 years alone, with some of the most popular games in the country, such as Civilization V, Guild Wars 2, Counter-Strike and Diablo 3, only being released in the last 4-6 years. But, while the players and development of the games are increasing at a fast rate, the evolution of eSports as an Australian spectator sport is growing even faster!

Aussie gamers take to the media
In fact, just last month Fetch TV launched the first 24/7 eSports network in the country – the “Every Good Game” network, which offers coverage of international eSports tournaments, highlight packages, gaming reviews, gaming conventions and couch-based talk shows similar to traditional sports networks. The rise of live games at stadiums and arenas has also made it possible for Australians to connect off-screen and form strong friendships based on their love for competitive gaming. 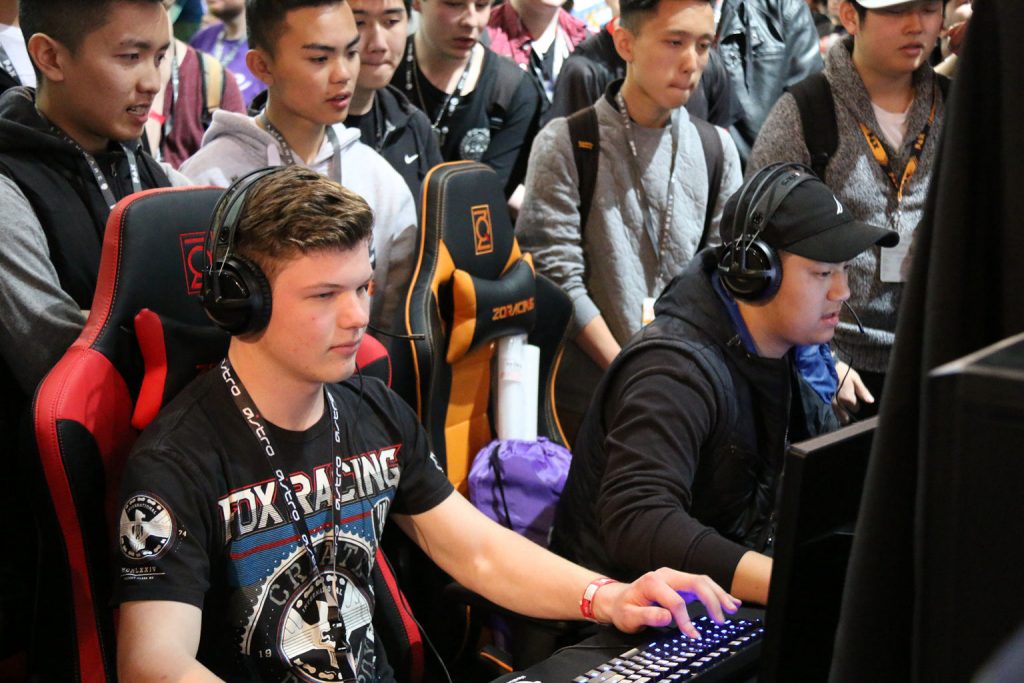 In January, ZQRacing were proud to support the launch of Radio Esports, a variety entertainment channel founded by Sydney-based gamer, @MosaAU.

“With all the recent support of game developers like Riot and Hi-Rez that are providing funding for all of their tournaments, this gives us more of an opportunity to expand our horizons within the Oceanic eSports Scene … It won’t be long until the Australian gaming scene reaches the same calibre as other regions like Europe and North America,” says Mosa.

Australia enters the big league
The development of Australian gaming teams and big brand sponsorships are set to skyrocket in 2017, as companies realise the potential of the target market. Indeed, Bond University estimates that 68 per cent of Australians play video games, with more and more growing significant fan bases on video platforms like Twitch and YouTube.

Every week the community is breaking new barriers and expanding the reach of what we previously thought was possible. For example, earlier this month, Melbourne-based game producer, Lisy Kane, cracked the Forbes’ 30 Under 30 gaming list, being the only Australian to do so. And eSports Mogul announced last month that they were going to make their debut on the Australian Stock Exchange.
ZQRacing is proud to be a major supporter of three Australian eSports teams — Avant Garde, Abyss, Tainted Minds and Dark Sided — and to strengthen the reach of the Aussie eSports scene with gaming chairs that provide exceptional support and comfort. You can learn more about our full product range here.

Which Type of Gamer Are You?

How to Optimise Your PC for Fast Gaming